There were wonderful canapés provided by Fallachan (that Chicken of the Wood - good lord what a flavour), excellent mixed drinks by (my colleague) Danny McManus, and I had several fascinating conversations with different 'Laddie folks around the topics of biodynamics and sustainable agriculture. We even drifted slightly into terroir territory. But most importantly, we tasted the whisky. 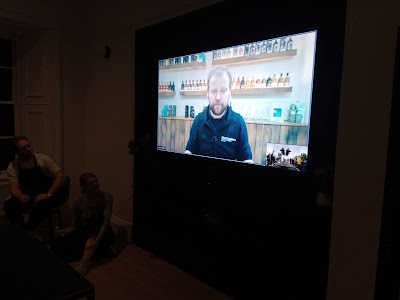 We were joined from the Bruichladdich distillery by head distiller Adam Hannett, who talked us through the growing of the barley and the making of the whisky.

Here are the facts I found most interesting or important about this new whisky: 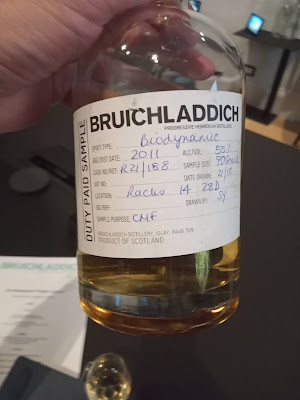 This is a cask sample at 55%, whereas the finished product will be bottled at 50%. It was distilled in 2011 from a variety called Westminster, and the whole batch has been matured in first fill ex bourbon barrels.

The palate is full bodied, very sweet, and mouth coating. I'm reminded of vanilla ice cream and peaches. There is a drying oak note in the finish, which is more emphatic with water. As with the nose, adding water brings out more fruit character - ripe yellow apples, peaches, and other stone fruits.

In conclusion, I enjoyed this whisky very much. Comparing this with other expressions of the 'Laddie, I'd say it has a really rich, mouth coating texture — oily, even. It also seems sweeter than most, and I didn't find any of the lactic or funky notes that I would often associate with the distillery. Excellent, would recommend.

You can read more about this whisky on Bruichladdich's website.

Lux Row Distillers are a Kentucky whiskey producer who have been "steeped in the whiskey business" for over forty years, but only got around to opening their own distillery in 2018.

Now, a "Straight Bourbon" which doesn't carry an age statement must be at least four years old, which means that these two drams were not distilled by Lux Row and are what the US whiskey market refers to as an NDP brand (a Non Distilling Producer)

If they were Scottish then we might call them independent bottlings, if they were single malts, or just a new whisky brand for blends.

Indie bottlers in both the United States and Ireland seem to have a reluctance to be as open about this as Scottish bottlers, and brands like Whistlepig in Vermont or Hyde in Ireland have had a bit of a kicking over their less than transparent marketing and labelling.

I'm keen on total transparency in whisky, but I'm also cynical enough to know that we ain't getting it any time soon, so with these samples I'm happy to just cynically nod in the direction of Heaven Hill, Bardstown, or Kentucky Artisan and concentrate on tasting the drams. 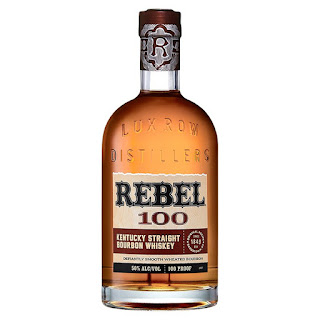 First up is Rebel 100, a wheated bourbon (my favourite kind). The most famous example of this style is Pappy Van Winkle, but that's just silly money, and even my favourite affordable wheated, Weller 12, has vanished off the shelves in the last couple of years, so a decent replacement at £35 a pop would be a real boon.

On the nose it's perfume-y oak, with almond notes and a wee hit of black pepper. The palate is soft and rounded, with vanilla cream and sweet caramel. I find a touch of cinder toffee or burnt caramel in the finish.

In conclusion I'd say it's a fine example of the wheated style, although I'd like it to be rather bigger on the palate at 50%. Good.

My second sample is Ezra Brooks 99, which in contrast to the Rebel 100 is a more rye heavy style of bourbon.

The nose has a strong honey note, and a more restrained expression of the green spices that rye brings to a whiskey. There's an interesting raisin note, which is something I'd not be surprised to find in a Scotch, but seems rather unusual for bourbon. Over time a lovely gingerbread note emerges.

The palate shows a broad range of sweet rye flavours, with a slight bitterness in the finish. Interestingly, I also found a light soapy lavender note, and very interestingly for me as a lover of the funk, a slight earthiness.

In conclusion I found this to be a very interesting bourbon, particularly for the slight funkiness. Excellent.

These samples were provided by Lux Row Distillers & The Whisky Wire as part of a flash blogging event on October 20th 2021. You can read some of the other reviews via the following links.

And you can find more commentary on Twitter via the #LuxRowWhiskey hashtag.