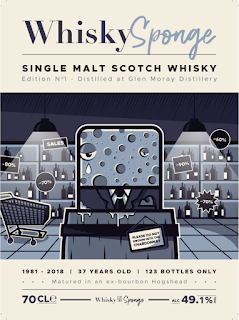 Then again, the Sponge is cursed to know whisky-that-was better than pretty much everybody, to remember and lament the Heroic age of drams, so we should probably forgive him/her/it for referencing the time when Glen Moray was the unloved third child of the suitcase-vending owners of Ardbeg and Glenmorangie.