I tasted this at the end of a brilliant evening of whiskies and sherries, so my notes may be slightly more euphoric than is strictly justified. 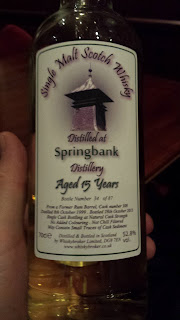 Whiskybroker Springbank 15yo Rum barrel #300 52.8%
The nose is light and smoky. Perhaps brown sugar? It's sweet, but sweet without being syrupy - it is noticeably light in body. Fresh and maybe a wee bit salty.

With some water it becomes distinctly metallic; iron (which I often find in whiskies from Campbeltown) and aluminium. I should explain that when I find iron in a whisky that's a good thing, whereas aluminium is nearly always a bad thing.

The palate is very light and sweet. There's that lovely Campbeltown smoke in the finish. Just delicious.

Adding water doesn't change the palate so much. It remains soft, rounded, and smoky. Perhaps a little peppery note creeps in.

Conclusion: This is just ace. I'm a Springer fan, but even if you're not I think you'd find this to be a superb whisky. I'm not sure how much sweetness the rum barrel added, but it was certainly a good cask.
Posted by rodbod at 23:43 No comments:

Until I complete the move of whisky posts from my other booze blog, Smell the Cork, here's a link to my post there about Glen Garioch 1998.

Wherein I make invidious comparisons between similar whiskies from different bottlers, and indulge in a moan about pricing.

Càrn Mòr is the brand of a family run Perthshire based bottler of malt whisky. Wemyss Malts is Fife based, but similarly a family affair.

Càrn Mòr's packaging is, to be kind, cheap and cheerful, while Wemyss is rather more classy, with a retro bottle shape, pastel coloured labels, and poetic names (or, if you want to be unkind, word salad).

I tasted Càrn Mòr's Strictly Limited Mortlach 1998, which is a bottling from two ex bourbon hoggies, versus Wemyss Malts Pastille Bouquet Mortlach 1998, from a single hoggie. Both are bottled at 46% ABV. There was a great deal in common between the two, with plentiful confected fruit flavours tending to the yellow and red parts of the flavour rainbow (or map or wheel or mandala or whatever it is these days) in both bottlings. Both also showed an elegance, and had a rounded and long finish.

But, whereas the Càrn Mòr whisky had well integrated wood notes, which added to the overall complexity of the dram, the Wemyss bottling seemed rather dryer, and the oak tannin was slightly aggressive in the finish. Only in the direct comparison, mind you. Having previously tasted both these whiskies separately (or rather, against other malts, not other Mortlachs), I would have struggled to describe the differences.

It seems to me that Càrn Mòr obtained the better casks, or were able to produce a better whisky by selecting two casks of contrasting character. So it's probably about right that the Wemyss is a fiver cheaper (£53.50).

Both of them, however, seem cheap when one contemplates the forthcoming new official Mortlach releases. On commercial grounds Diageo can't be faulted for their decision to reposition Mortlach as a luxury brand, competing in the same segment as Macallan and Dalmore. But in going from £55 for 70cl of 16 year old malt to  50cl of no-age-statement malt for the same price they're really taking the piss underlining the arbitrary nature of whisky pricing. Their costs haven't suddenly jumped up (although I suppose that bottle design doesn't come cheap)

To me, a whisky drinker with a long memory (and an obsessive note taker), the current steep upward trajectory of malt prices, despite rising demand, looks awfully like greed and short-termism. Here's hoping it doesn't precipitate another crash and a wave of closures. Caol Ila as the Port Ellen of 2050, anyone?
Posted by rodbod at 22:59 No comments:

The Scotch Whisky Regulations – Reading Between the Lines

Recently at work we've been debating where to fit AnCnoc whiskies on the shelves. Partly, in truth, because the Highland shelves were over full, but partly also because the whiskies from Knockdhu distillery are fine examples of the classic Speyside flavour profile, even if it does say 'Highland' on the tin.

The SWR gives a detailed geographical description of the Highland-Lowland boundary, and also defines the protected localities of Speyside, Islay, and Campbeltown. Speyside and Campbeltown are defined by refering to electoral wards, Islay is defined as the island of Islay.

The SWO is less particular; its definition of Scotch runs to just 175 words and doesn't mention anything at all about regions.

So here's my interpretation of these bits of legalese. It was always (or at least since 1893, with the Sale of Goods Act) the case that the label on a bottle of Scotch had to tell the truth – you couldn't label a bottle of Lowland malt as being from Islay. So it wasn't necessary for the 1990 order to specify regions because other legislation would effectively do the job.

But in order to give the same sort of protection to Scotch that is enjoyed by Parmesan, or Barolo, or Grand Cru Burgundy, it is necessary to follow the kind of geography based definition that's used by those other tasty products (PDOs or PGIs, if you're interested).

Hence the minutely detailed boundaries in the SWR-2009. However, since whisky making isn't like grape growing, the boundaries don't need to follow the line of a valley or a river, and so electoral districts are a handy pre-defined set of units to use.

However, the regulations had to be framed to accommodate existing practice. Macallan chooses to label its own bottlings as Highland, whereas Gordon &amp; Macphail, for example, sell Macallan under the Speymalt name. Glenfarclas calls itself Highland; Tormore, just up the road, is 'The Pearl of Speyside'.

And thus, confusion reigns. It could be worse though. Burgundy is so complicated that people can't even agree on the number of appellations. Is it 300? 500? 700? And of course, there is an entirely separate debate as to whether regionality or terroir even exists in Scotch whisky, but I think I'll leave that one for another day....
Posted by rodbod at 01:06 No comments: 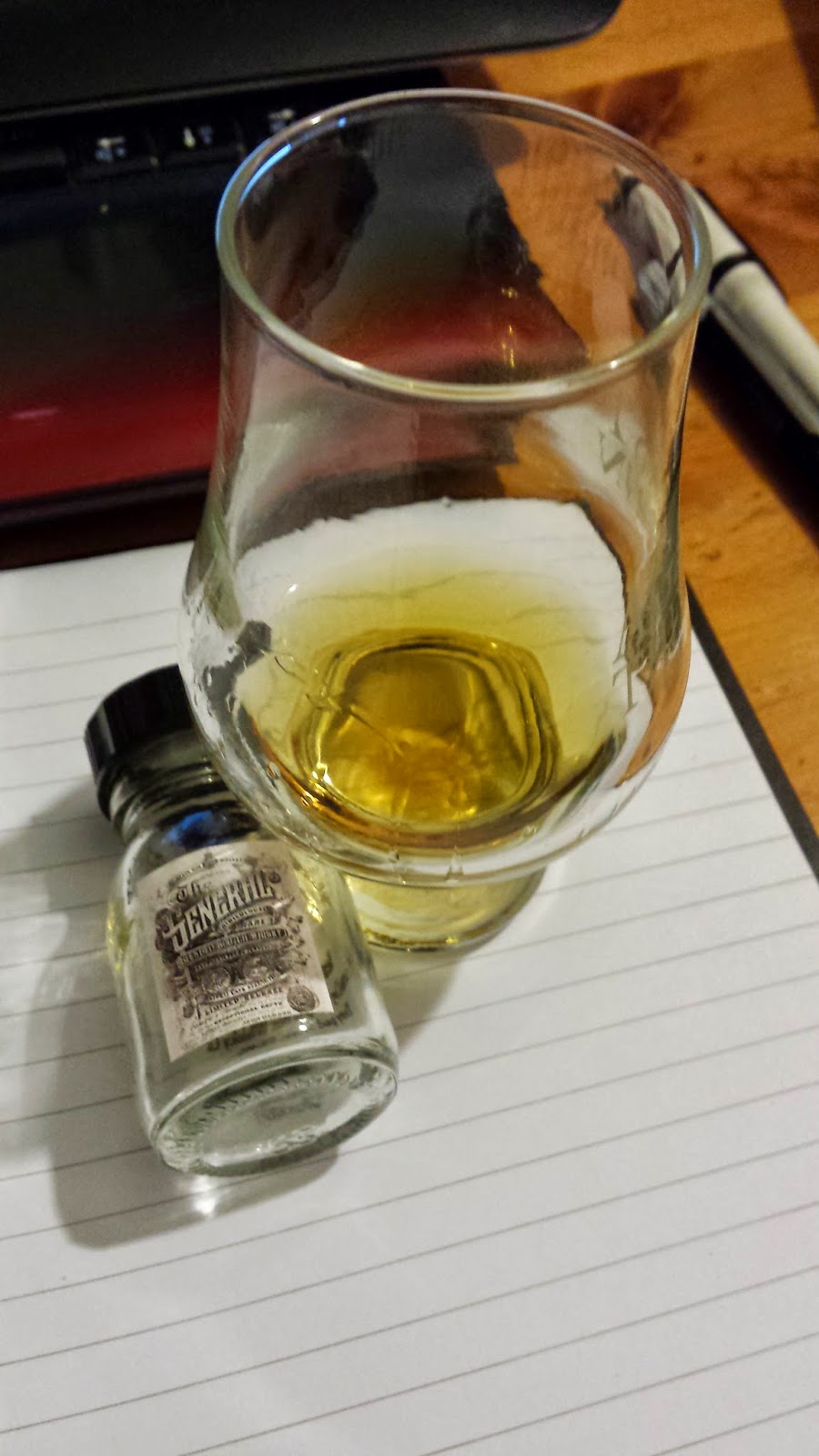 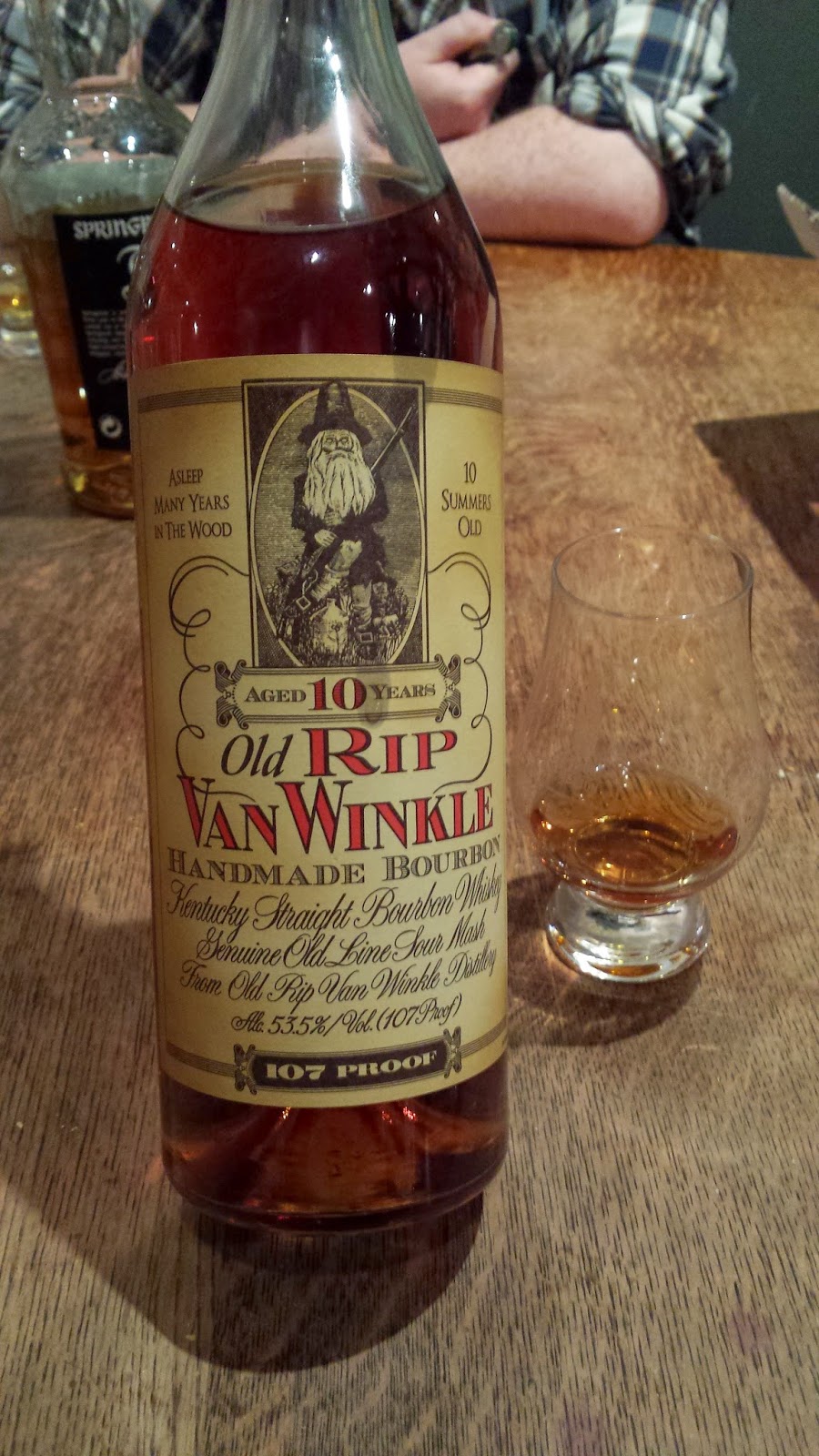